I could see his potential, and as it turns out, my hunch was well-founded. 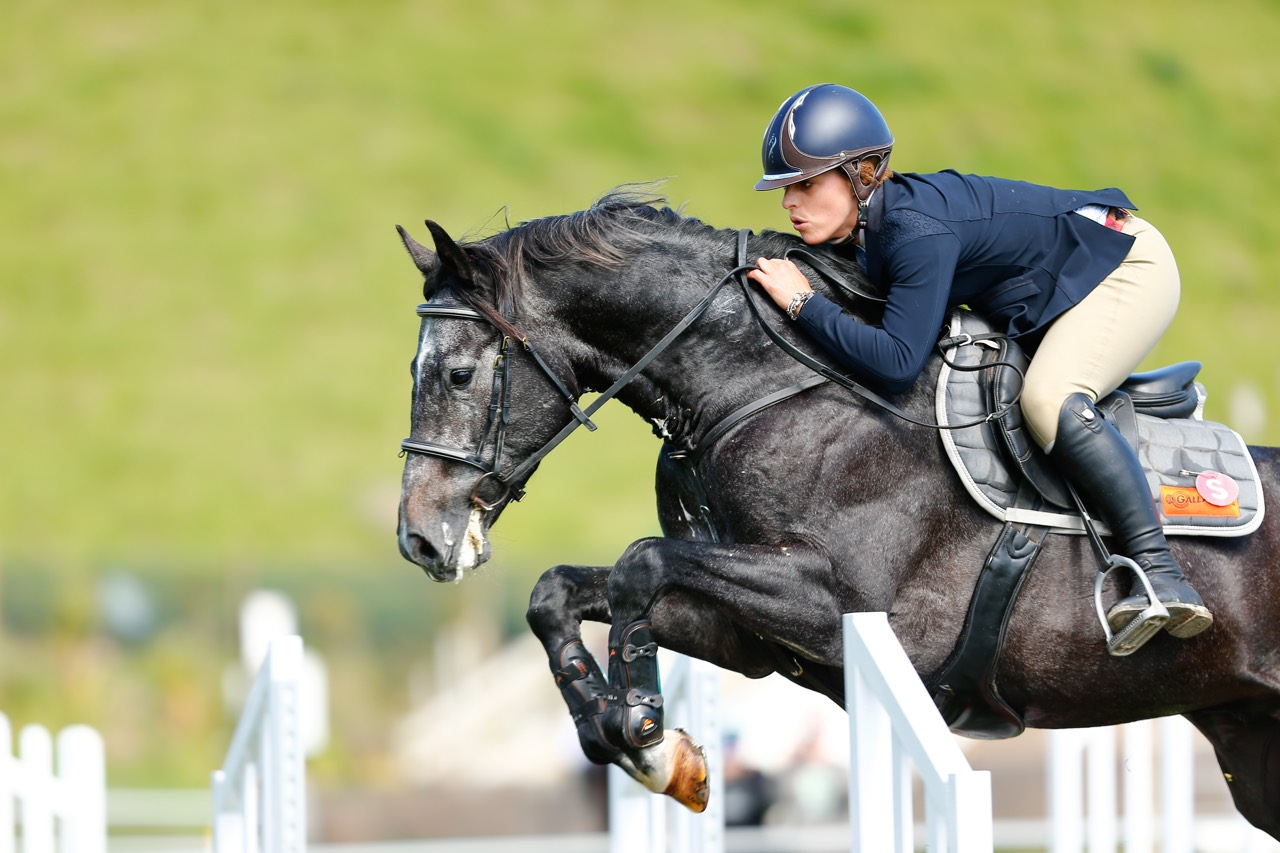 Daminos had a fantastic day out at the Waitemata World Cup Show at Woodhill Sands in mid-January. After winning his Five-Year Old show jumping class, ridden by Amanda, he entertained the crowds the next day by playing with a huge ball, and trotting and cantering over a tarpaulin on the ground. It was a real showcase of his exceptional skills and confidence.

Daminos was a young three-year old colt with a superb free-jump but with no ridden results, when we found him at auction in the UK. I could see his potential, and as it turns out, my hunch was well-founded. Daminos has been a joy to work with, and his latest win goes to show that taking your time with a young horse brings outstanding results.

From the very beginning I knew that I’d put my best philosophy forward with Daminos, and produce the stallion slowly and steadily for the future. I have seen all too often the damage that can result in riders putting their own ambitions ahead of the horse’s developing ability.

Important things can be overlooked in a rushed process that can have long-lasting negative impact. Having fun and initiating play brings confidence and develops the horse’s personality. And socialising a horse properly with others ensures that they know their place in the world and results in good public behavior – this is especially important for a stallion.

This stunning stallion now has his first foals on the ground, and they’re already showing potential. He’s easy and relaxed to collect from and it shows what a gentleman he is in this area – and it’s a testament to his training that Daminos can show at public events with mares around and still behave well. This is one exceptional horse to ride in the ring. He’s all business: compete one day, demo the next and collect the day after. Nothing changes for this guy with his ease to adapt.

Like all horses, he is such an individual. He has his own personality traits and his own strengths and weaknesses, and it’s hugely important to take the time to get to know and develop those. Because we’ve done that, Daminos is well on his way to becoming a well-rounded horse who’s happy in every situation I can throw at him. He’s still young and we’ll continue to slowly improve him, but his future is looking amazing.